About to Embark on a Wine-Tasting Tour? Here Are 6 Key Things to Remember 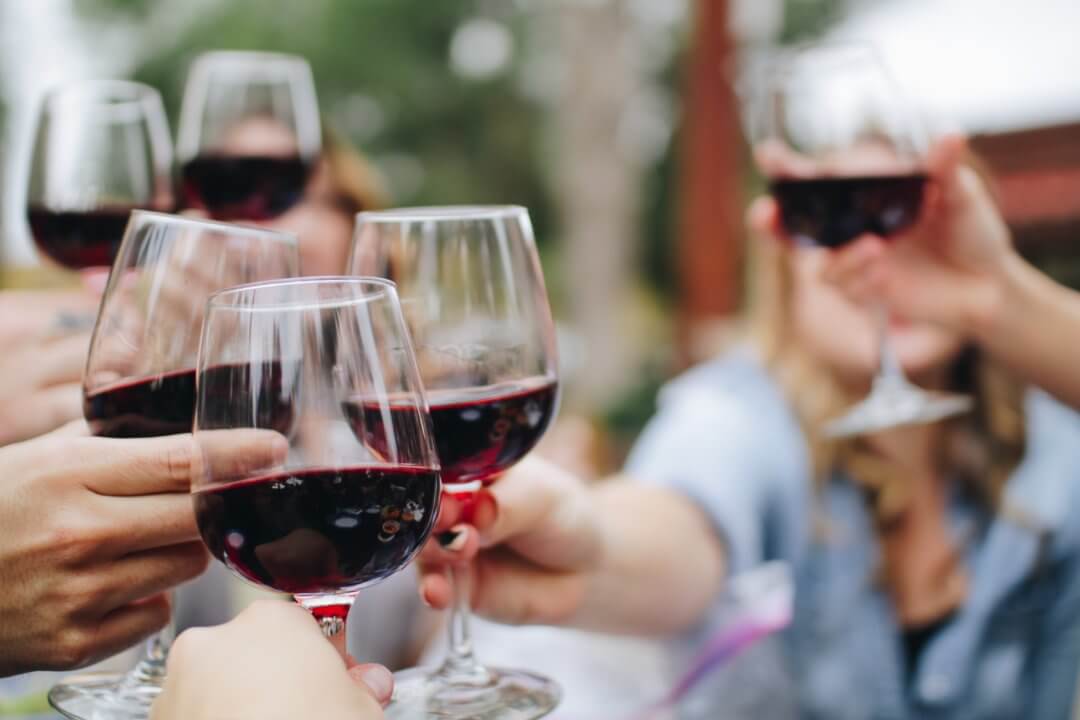 People have been making and drinking wine for thousands of years, and there are more great wines to enjoy today than at any time in history. Signing up for a guided tour is the single best way to sample the wines that make a given region special and distinctive. Naturally enough, tour participants who prepare appropriately and keep a few ideas in mind will always have the best, most enjoyable experiences.

Wine Tours are more popular than ever before, with some especially prolific wine-making regions now featuring many. It should be possible for any fan of wine to enjoy a day jam-packed with vineyards to visit and varietals and vintages to sample.

Experienced wine tasters know, though, that technique and preparation make a difference. Six tips that help make wine tasting even more satisfying and rewarding are: 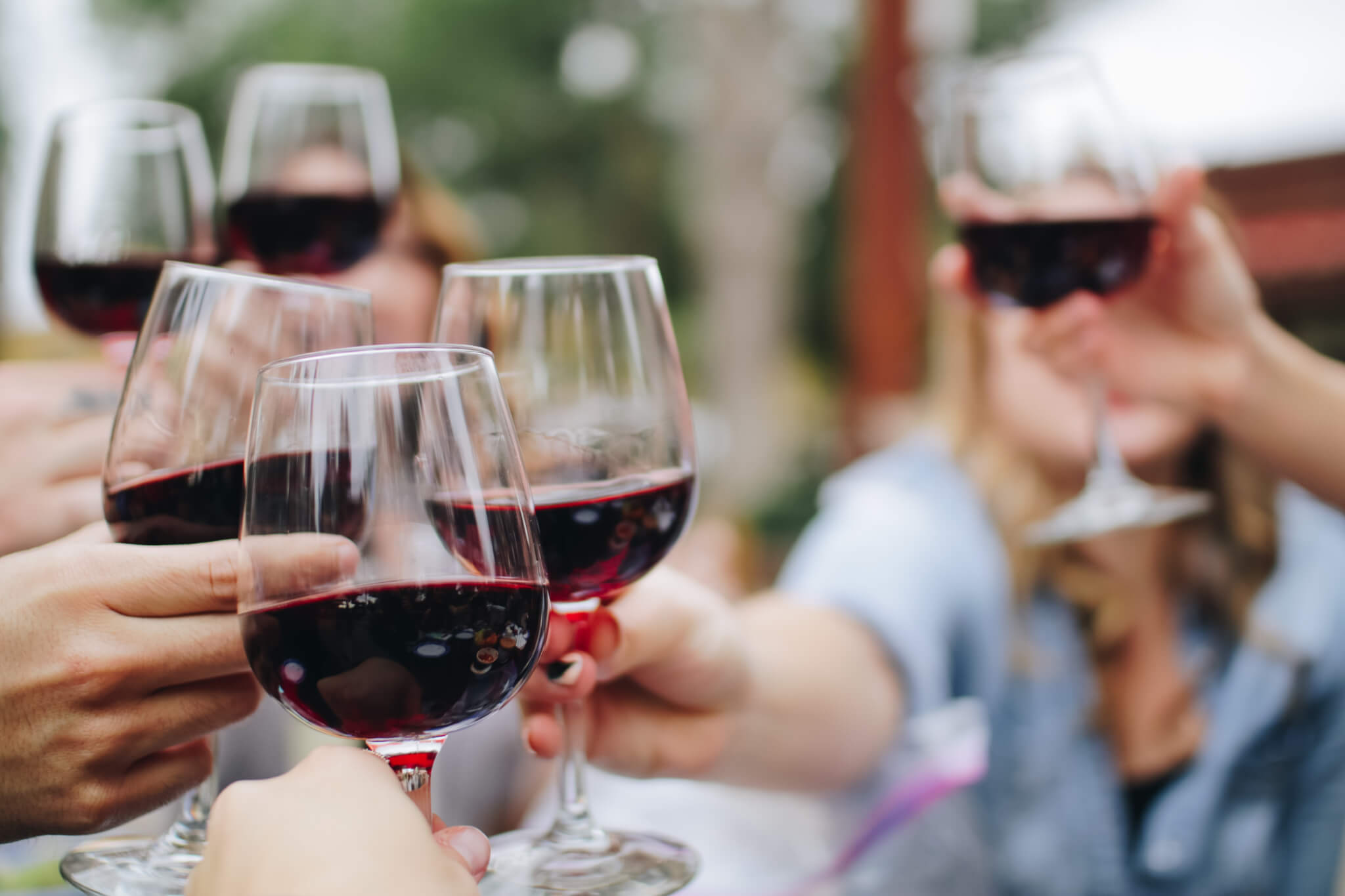 1.Grab your glass by the stem

There are a number of different types of glasses that are traditionally used to serve wine, and almost all of them have elongated stems. The reason for this is that a lengthy stem allows someone to hold the glass without warming up the bowl and the wine within it. While simply touching the bowl will not hurt, keeping it in contact with warm flesh for any length of time is always best avoided. Simply pinch your glass’s stem between your fingers and your wine will remain fresh and at its best.

2· Swirl before you sip

· Most bottles of wine will be allowed to “breathe” after they get uncorked and before they are served. Some wines even benefit from vigorous decanting that adds oxygen, in addition to the primary purpose of removing sediment. You can do your part by swirling your wine around a bit before drinking any of it. That will help the wine’s flavors and aromas open up and become more recognisable and approachable.

3· Bouquet is for the nose

· Much of the flavor of wine comes from the aromas produced by the many volatile compounds within it. While their combined effect can be appreciated when wine is in the mouth, it will be clearer and better defined before that moment arrives. Before even letting a single drop of wine touch your tongue, put your nose to the glass’s opening and inhale. Let that bouquet set the stage for the sips to follow and you will appreciate your wine even more.

· It is quite common to have the option to sample a dozen or more wines in the course of a single tour. While there is nothing wrong with imbibing wine when circumstances permit, be sure to pace yourself. In most cases, it will be best to arrange for the majority of the wine that enters your mouth to exit by some means other than ingestion.

5 Your palate can get tired

Even when you start the day sharp, your palate will eventually become numb to the flavors and textures of wine. Bits of food enjoyed at intervals can help keep your tongue from tiring out, but it will eventually give in. As such, it can be best to pass on certain wines in order to remain ready to appreciate others.

Wine critics can be intimidating with their jargon and apparent sophistication. Your experiences with and opinions about wine, though, are just as valid as anyone else’s. Listen to what others have to say and take their thoughts into consideration, but remember that your feelings about the wines you taste ultimately matter the most.

Keeping tips like these in mind can help make a tour of wine country even more rewarding. It will always be best to strive to enjoy the experience however suits you best, too, because that is really what makes wine so precious. 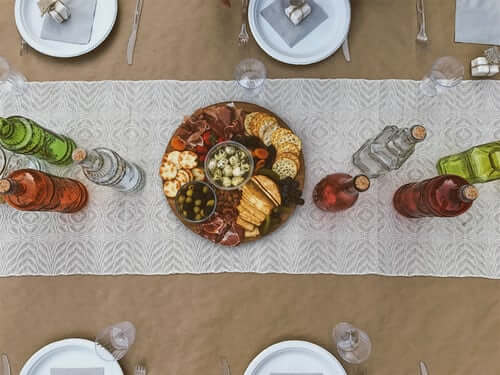 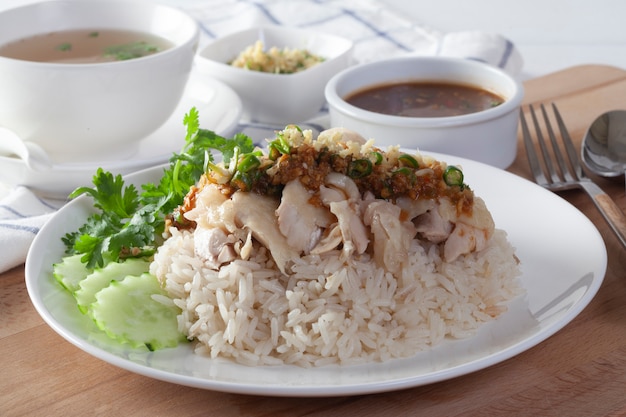 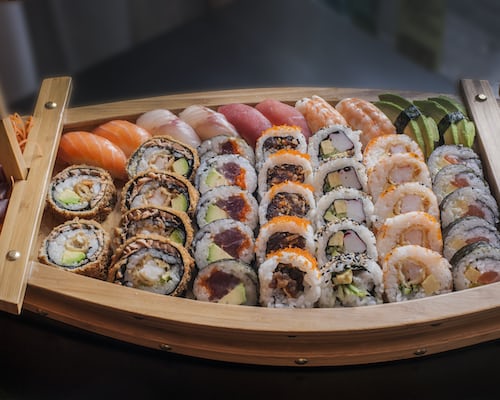 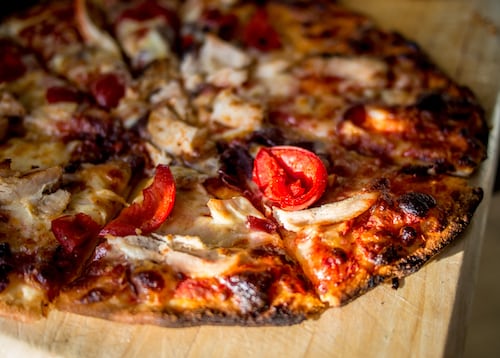 Top 10 Places Which Have The Best Burgers In Delhi 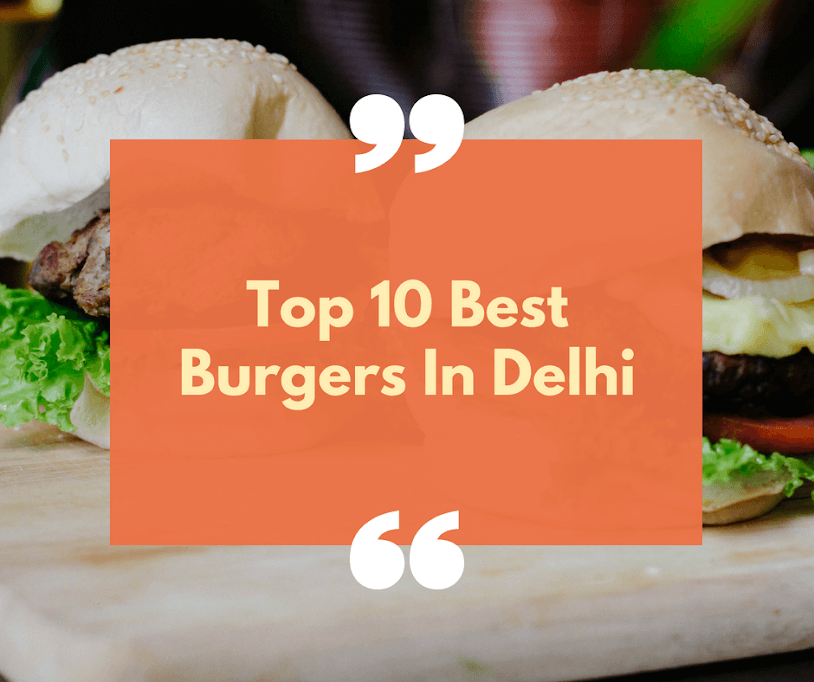 Hectic work schedule these days doesn’t leave you with leisure time to have your meals. So, burgers turned out to be the true saviours. Soft buttered buns with juicy patties mixed with sauces and fresh vegetable in between, burgers of any form never disappoint you. The national capital has plenty of outlets serving the best burgers to instantly lift up your mood. Here are the best burgers in Delhi:

END_OF_DOCUMENT_TOKEN_TO_BE_REPLACED 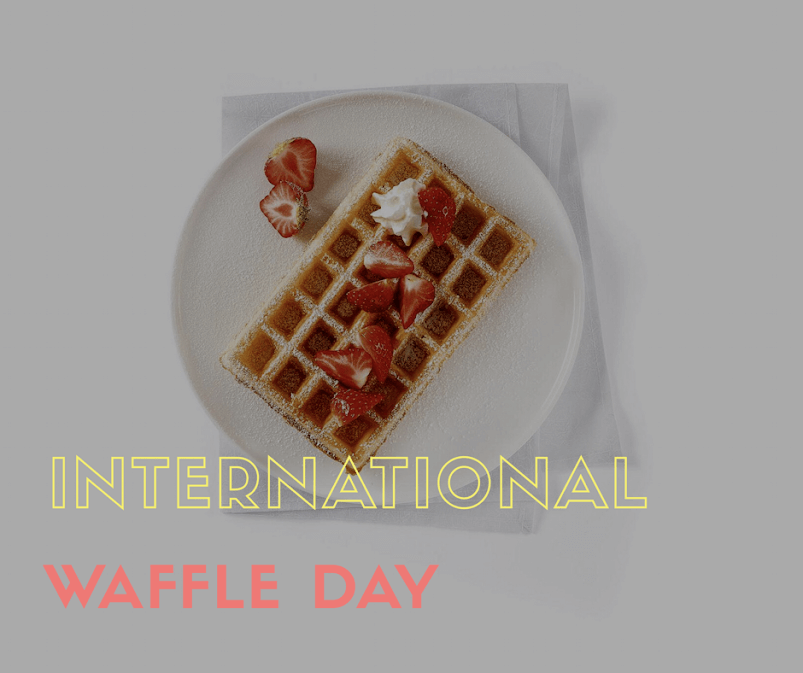 Belgian Waffles are the latest fad in indulgent desserts this season and what better way to enjoy your Sunday than actually digging into them this International Waffles day, Sunday, 25th March!

END_OF_DOCUMENT_TOKEN_TO_BE_REPLACED 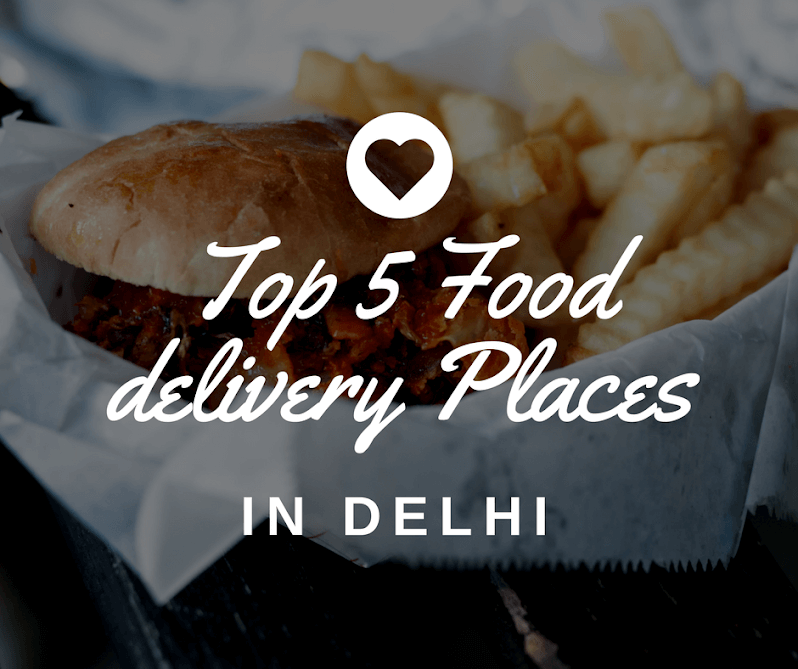 We have all been there, too lazy to make a meal or just caught up in our work schedule so much that we end up ordering food. There are so many new options in town now, that one should actually try them all. Why not, isn’t it? Here are some cool new food delivery Delhi /NCR:

END_OF_DOCUMENT_TOKEN_TO_BE_REPLACED 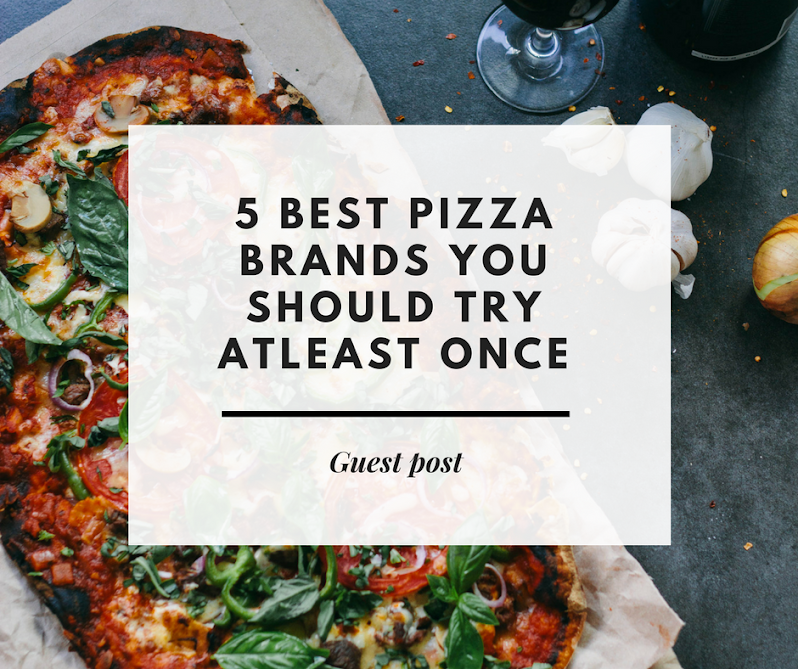 Pizza? Pizza! We all have that lover for pizza in us which craves and demands pizza every once in a while. A non vegetarian pizza or a vegetarian pizza, Hawaiian style pizza or a basic pepperoni pizza, our quest for the best is never ending. But, if you have not tried some of the best brands of pizzas that are there in India then you are betraying the pizza lover you are. Here in this post we have all the information that you require to try  some of the best pizza there is to try in this town:

END_OF_DOCUMENT_TOKEN_TO_BE_REPLACED 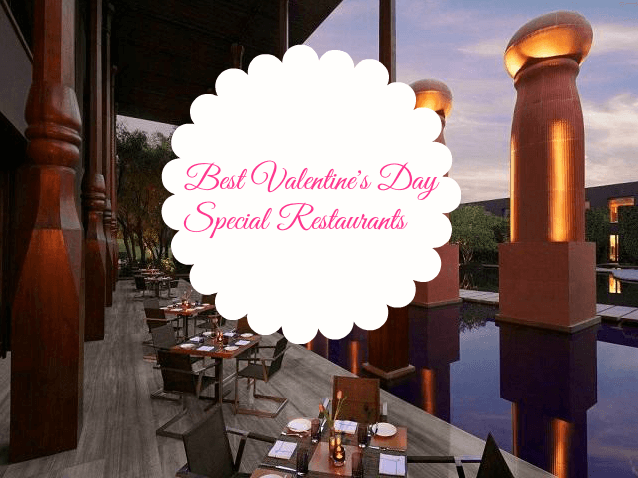 Valentine’s Day is tomorrow, and if you don’t have plans with your bae already; then make some! Wondering where to go tomorrow, to celebrate your love and special bond? These are some of the most romantic restaurants in Delhi/NCR. Read on:

END_OF_DOCUMENT_TOKEN_TO_BE_REPLACED

Galleria Market is considered to be one of the most luxurious, high-end places to shop from in Gurgaon. While Sarojini Market and the Lajpat Central Market crosses one’s mind when one talks about street- shopping. It is Galleria Market which wins one’s heart when it comes to being one of the most ideal, high-class market places to shop from in Gurgaon. Here are the top galleria restaurants:

END_OF_DOCUMENT_TOKEN_TO_BE_REPLACED 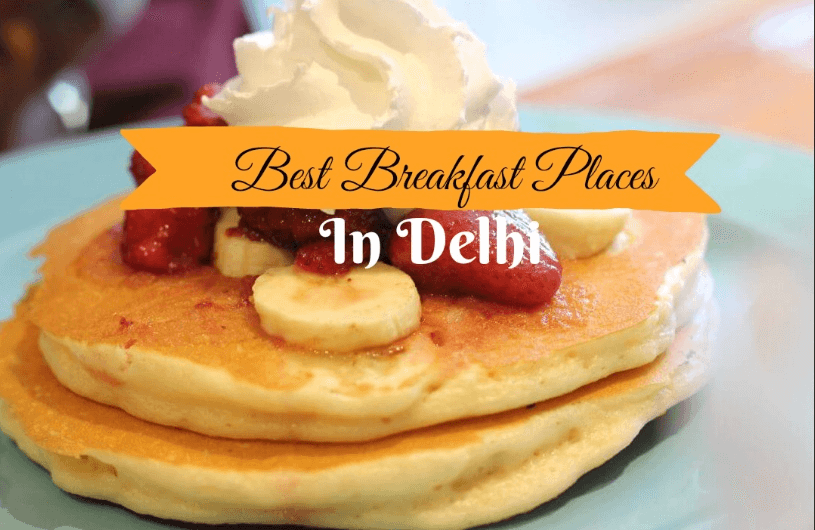 So, you’re out and about in the morning. An early meeting, a good jog and you’re hungry. Delhi has a lot of places for a great lunch or dinner; but few when it comes to breakfast places. However, we have done the work for you and have rounded up a few places where you can get a great breakfast meal. Here are the best breakfast places in Delhi: